Being Black is a Permanent Halloween Costume 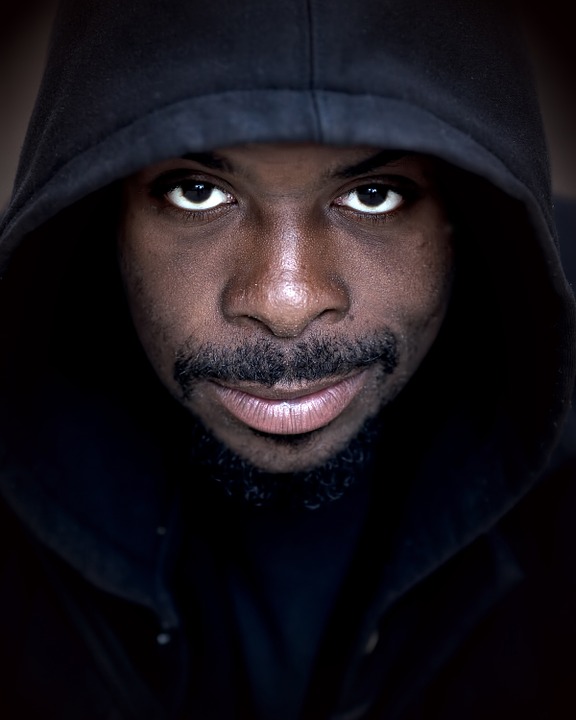 Halloween costumes are notorious for being racially and/or culturally insensitive. Each year, there are scores of people who utilize this creative outlet to display ignorance and hatred of the highest order. Sporting a sombrero or a native headdress are just a few of the tactless examples in circulation. Playing fashion police, however, is not the sole focus of this blog. I am more interested in the relationship between appearance and fear.

At the core of this unofficial holiday are deliberate fixations with death and a desire to experience or cause fear. A popular attraction are haunted houses: controlled environments, like those of horror films, where people pay to be chased by monsters. Another ritual is trick-or-treating: ushering children from door-to-door in spooky disguises to collect candy from strangers who pretend to be afraid.

The relationship between one’s appearance and the fear that is caused and/or experienced is voluntary and temporary on Halloween. In other words, the person can exit the haunted house; and the child can discard their costume.

For these reasons, Halloween is inconsistent with my lived experiences. I am a black man in a world where blackness is the symbol of crime and deviance. For centuries, the hatred and fear of black people has motivated various forms of State violence: slavery, segregation, lynching, mass incarceration, police shootings, etc.

Unlike the average trick-or-treater, the relationship between my appearance and the fear it generates is involuntary and permanent. I did not volunteer to be black; I was born into an epidermal costume that society condemned and marked for death. My blackness is not a temporary disguise that I can hang on the coat-rack, it is a life-long target on my back. In the interest of survival, I spend my life desperately trying to prove that I am not a threat.

Simply walking through a neighborhood is an invitation to violence for black people. Trayvon Martin was taking a casual stroll through a gated community – only to be reported as “suspicious” and killed by a Neighborhood Watchman who “feared for his life”. Renisha McBride showed up on a stranger’s doorstep after a car accident to ask for help – only to be killed by a shot to the face from a “fearful” homeowner. When black people cause fear in others, there are fatal consequences.

A major problem with non-black people dressing up as a black person for Halloween is they have the privilege to escape the violence and trauma that comes with being black – while black people are trapped. When non-black people can be ‘black’ for a day, have fun, and go back to their lives, the lived experience of blackness is invalidated. This only strengthens color-blind ideas (which I write about here) that racism is non-existent.

I dream of a day where I do not have to fear that my existence is causing fear.

25 thoughts on “Being Black is a Permanent Halloween Costume”