Cosmic Hide & Seek: Who Are You? 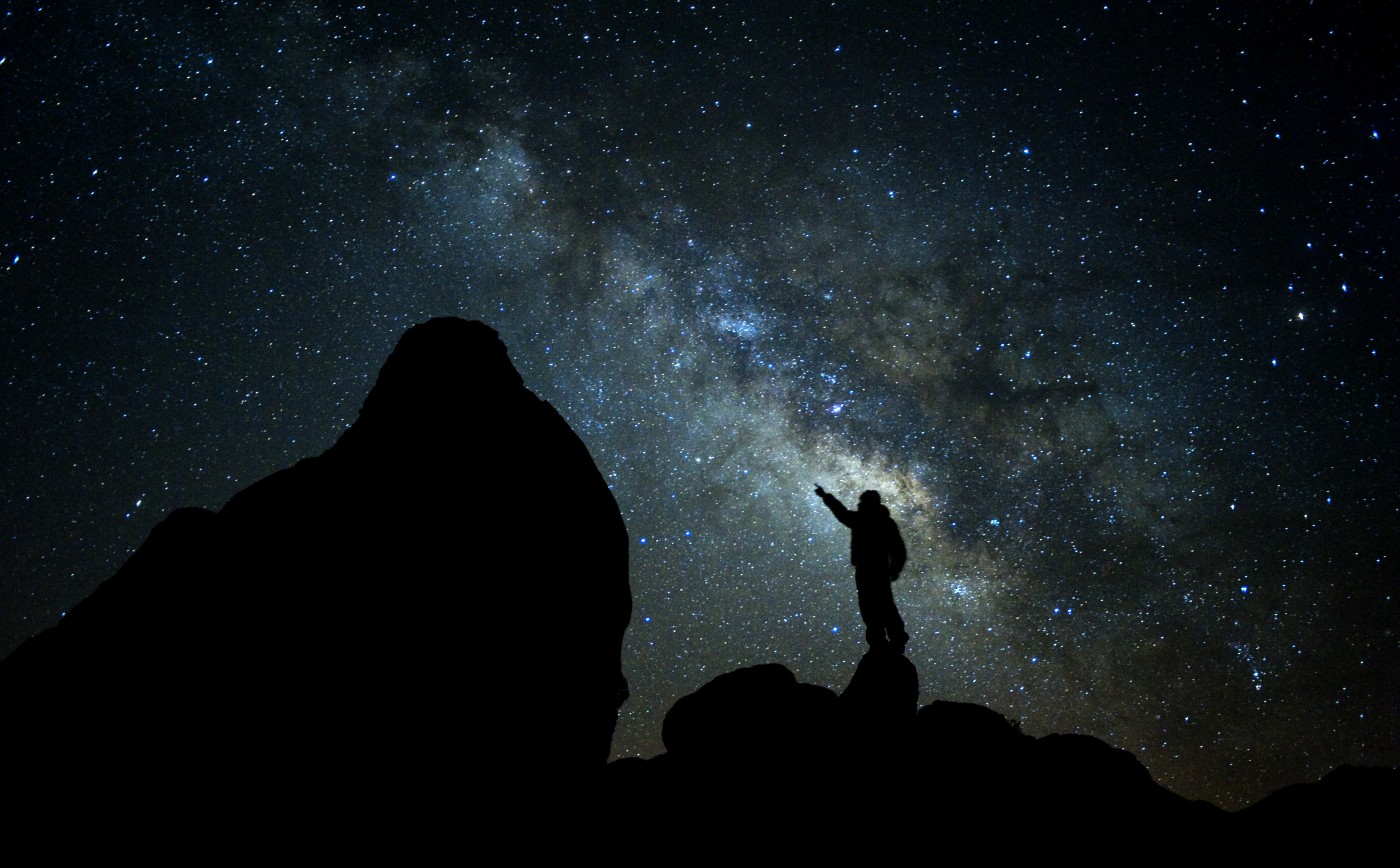 Discussions of identity take the answer to this basic question for granted. The “I” that is invoked by the speaker is typically described as a series of characteristics or attributes. Thus, the person usually says “I am [insert list of adjectives here].”

A hidden and problematic assumption, though, is that the “I” is frozen in time and set in stone. To declare I am … is to presuppose that human existence is stable and unchanging. The problem is: the universe is constantly in motion. Everything from the ocean, to the temperature, to our metabolism fluctuates. Life is not an event, it is a process. Existence is an action – a verb – but human beings define their ‘identities’ as nouns: stagnant, un-moving objects.

Our notion of human identity, then, is incompatible with the nature of the universe. What we call ‘identity’ is a limitation; a self-imposed chain and illusion that prevents us from recognizing our freedom.

There are three temporalities: past, present, and future. We know who we were back then – based on memories, testimonies from other people, documents, etc. What happened in the past becomes our history. It becomes a material fact.

We have an idea of who we want to become – based on our promises and aspirations. We make projections for the future and plan for it with retirement accounts and insurance policies, but it never physically arrives. The future always melts into the present. The future only exists at a distance in our minds – as a phantasm and source of anxiety.

We can speak to who we were in the past, and who we want to become in the future – but who we are in the present cannot be apprehended through language. The universe has found a way to conceal our identity from us in a game of “cosmic hide and seek” (Watts, 1966). The universe is constantly fluctuating, which means that definitions simply do not adhere. By the time a person is done saying I am … the universe moves again and their claim to identity becomes the past. When they try to define themselves again, that claim to identity becomes part of the past, again – ad infinitum. As quick as we can reflect on the present to say I am … it vanishes.

Our identity is a mystery.

When we say I am … we are reflecting on the past. Our claim to identity is an assessment of the archive – a reflection upon a dead, passive object. As long as we are identifying ourselves with the past, we fail to realize that we have the freedom to transcend; to re-invent ourselves at any given moment.

At a basic level, your identity is synonymous with your face. There is wisdom to the fact that, at the level of experience, you have no face. Without the assistance of a mirror or reflective surface, you cannot see your own face. Everyone has a face except for you. The empty space where your face should be is filled when you encounter other beings: people, animals, plants, etc. Every moment, as your attention shifts, you become something different: a person, an animal, a plant, etc (Harding, 2013).

The totality of the universe.

Watts, Alan. 1966. “The Book on the Taboo Against Knowing Who You Are”