The Torture of Ending In-Person Visits 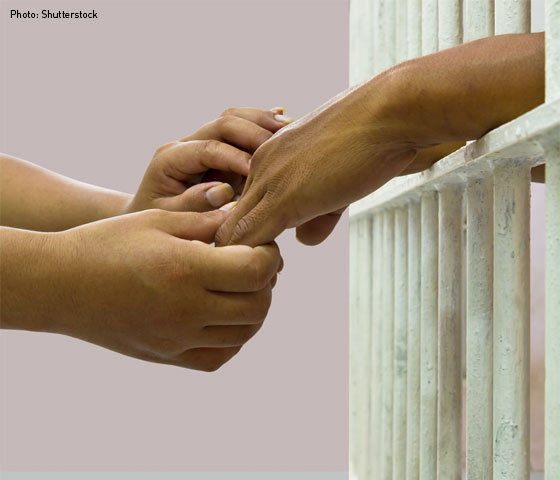 Across the United States, jails and prisons are replacing in-person visits with Skype-like video calls. This transition is usually justified in the name of prison safety. For example, officials at the Bristol County House of Corrections in Massachusetts argued the new policy will “prevent the flow of drugs and contraband into the facility.”

We come into this world connected to another human being. Our initial bonds are physical and based on direct contact. The first sense that embryos develop in the womb is touch. Therefore, eliminating all physical contact for inmates is torturous and anti-human. It is an extension of a cold, capitalist ideology that fixates on the individual and criminalizes human connection as ‘a danger to public safety and/or health.’ We are trapped in a no-touch culture where affection is privatized to the bedroom, but violence is socialized and put on display for everyone (i.e. sports culture, warfare, police terror, etc). Inmates cannot touch their loved ones, but they can still be touched by correctional officers. And then, upon release, we expect these folks to successfully re-integrate into their communities?! Studies show that inmates who receive less in-person visits are more likely to recidivate (Duwe & Clarke, 2011). The goal of the criminal justice system has never been rehabilitation; it has always been about revenge (Davis, 2000).

Law enforcement could not care less about drugs being on the street or behind bars. Never forget that the CIA actively allowed Nicaraguan drug traffickers to dump cocaine onto the streets of poor black and brown communities to finance the Contras. At this very moment, there is an opioid epidemic – caused by pharmaceutical companies lying to the public (that pain killers were not addictive) for the sake of profit. How many corporate CEOs have the police arrested and thrown in jail?

10 thoughts on “The Torture of Ending In-Person Visits”