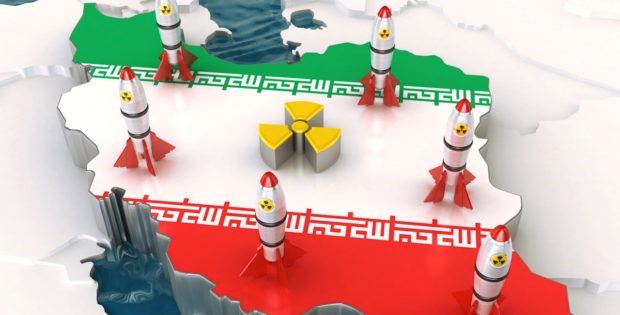 President Trump withdrew the United States from the nuclear deal with Iran. The failure to understand the relationship between gun control laws and oppression at the national level is only magnified when we discuss nuclear weapons at the international level.

The Iranian government is far from angelic, but it is a reach of monumental proportions to argue that their nuclear program poses an existential threat to the U.S. or its allies. If folks suspended their imperialist tendencies and looked at the evidence for half a second, they would know that 93% of all nuclear weapons are possessed by the U.S. and Russia. The U.S. has over 7,000 nuclear warheads, while it is debatable that Iran has any. And if they do, they have enough to count on one hand. But Iran is the threat here?

The U.S. was the first country to develop nuclear weapons, and remains the only nation to use them against another nation – twice – in Hiroshima and Nagasaki. But Iran is the threat here?

The U.S. is 241 years old, but has already invaded 70 countries. The U.S. overthrew the democratically elected government of Iran in 1953 – because Mosaddegh went against U.S. interests and nationalized the oil industry. But Iran is the threat here?

The U.S. has bombed Iraq, Afghanistan, Pakistan, Somalia, Yemen, Libya, and Syria all within the past 15 years. The U.S. signs arms deals with Saudi Arabia, and continues to finance the open-air prison and illegitimate settler colony of Israel. The U.S. has over 800 military bases abroad; many in which are placed at Iran’s border. But Iran is the threat here?

(photo: U.S. military bases encircle Iran – but they are somehow the threat!)

Against this historical backdrop, the fact of a nuclear program in Iran can be understood as a defense tactic to deter the aggression of a government that has already destabilized the region. Part of the reason the Trump administration hates the nuclear deal is not because it “enables terrorism” – but rather, because it prevents the U.S. from bullying Iran at will. If Iran is allowed to develop more nuclear weapons, it will undermine the hedonistic war machine of U.S. foreign policy.

The fact of the matter is: Iran is in compliance with the nuclear deal. The lies we are hearing now about abiding by the “spirit” of the deal are designed to cultivate fear of Iran as the big, bad wolf in the region – which only garners support for a war against them.

For the past 10+ years, politicians and the corporate media have been justifying restrictions on Iran by claiming that its leaders said “Israel should be wiped off the map.” This statement is an egregious and deliberate mistranslation of what was actually said. The quote in question comes from a speech titled A World Without Zionism delivered by President Ahmadinejad in 2005, where he said “the occupying regime over Jerusalem must vanish from the arena of time.” Nothing was said about “Israel” or a “map” at all. At this point, the media could give an Islamic sounding name to a bearded sock-puppet and that would be enough to convince the masses that they are a “terrorist.”

The U.S. government lied about Iraq having Weapons of Mass Destruction to invade the country and plunder its people. We have absolutely no reason to believe the government’s narrative now.