The Circus of #ImpeachTrump 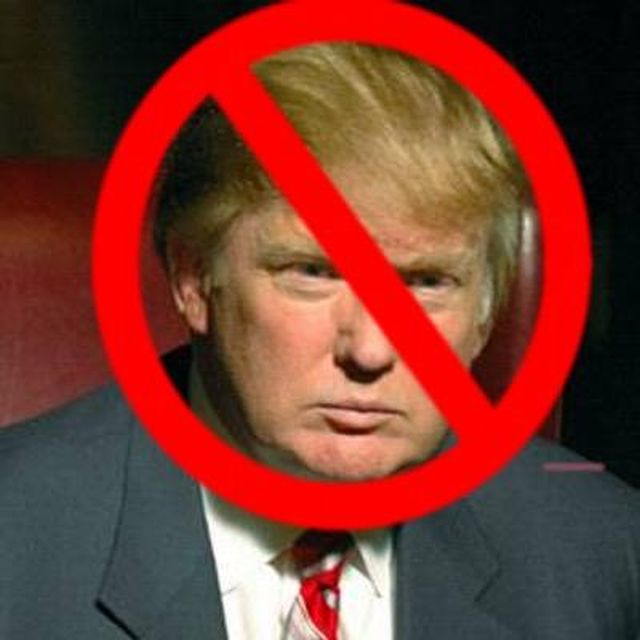 Some thoughts on impeaching Trump:

1). A fundamental yet unchallenged premise of these impeachment proceedings is that the political system is structured upon the principle of “checks and balances”. The first chapter of any decent constitutional law textbook teaches that governmental power is divided into three branches: executive, judicial, and legislative. In theory, this separation ensures that abuses of power by one branch are held at bay (or “checked”) by the remaining branches – which can delay or deny the proposed action (thus restoring “balance”). In other words, the United States has a built-in release valve which corrects malfunctions and cleanses impurities.

The problem with this view is it perpetuates the lie that capitalism and what is commonly called “democracy” are compatible systems. Capitalism is based on a few elites owning and controlling everything that everyone else needs to survive. What we currently refer to as “democracy” (we can talk about ancient democracy another time) is that which gives a voice to the masses of people. The systems are antithetical. Where this is capitalism, there is no democracy. Bosses exploit our labor by stealing surplus value from our paychecks – thus leaving our bank accounts with low balances. Those are the only “checks and balances” I wanna hear about. Everything else is just theater. The current impeachment inquiry is nothing more than political infighting between two branches of government which do not care about us.

2). This lack of care is evident when we explore the history of impeachment proceedings. Presidents commit the worst atrocities, but are only impeached for relatively minor and trivial infractions. President Andrew Johnson was a rabid white supremacist who opposed 15+ civil rights laws (including the 14th Amendment) proposing citizenship, reparations, and other freedoms to former black slaves. He then granted amnesty to former Confederates – even though the Union won the war. He was impeached by the House in 1868 – but not for these aforementioned disgusting acts. He was impeached because … *drum roll* … he fired someone in his cabinet without congressional approval. All of the other stuff was apparently fine, but THAT is where they draw the line.

Similarly, President Nixon conducted secret bombings of Cambodia; declared a War on Drugs in an effort to destroy the anti-war and Black Power movements; and staged a coup of the democratically-elected leader of Chile. Articles of impeachment were not brought against him for these heinous acts. Before he resigned, he was facing impeachment because he … *drum roll* … authorized a wiretap of the DNC headquarters. All of the other stuff was apparently fine, but THAT is where they draw the line.

In that same vein, President Clinton helped impose sanctions on Iraq which killed 500,000 children; helped destroy welfare; signed a crime bill which built more prisons, hired more cops, and made sentencing guidelines more harsh. He was not impeached for these grotesque actions. He was impeached because … *drum roll* … he committed perjury and obstructed justice. All of the other stuff was apparently fine, but THAT is where they draw the line.

Trump is throwing kids in cages, cutting environmental protections, banning entire countries from traveling to the US, stoking the flames of colonialism in Israel, and much more. All of THAT stuff is apparently fine, but making a phone call to Ukraine’s president to get dirt on Joe Biden? THAT is where they draw the line. This is why it is absurd to use “impeachable offenses” as our metric; because it forces us to adopt the lens of an oppressive system in an effort to fix that system.

3). The presidents who were impeached by the House (i.e. Johnson, Clinton) were NOT convicted by the Senate. So they were able to complete their terms in office. Even though Johnson was impeached, he was still able to run for re-election in 1868 (he lost the nomination, though). Clinton couldn’t run for re-election because he had already served the maximum of two terms. So, even if the House impeaches Trump, the Republican-controlled Senate can vote against conviction, and Trump would be able to run in 2020 because he is still on his first term.

4). There is no such thing as a “good president”. The two words in the term are antonyms. Anyone who decides to sit at the head of an empire is automatically an oppressor; no matter how well-intended they claim to be. Show me a “good president” and I will show you an imperialist. Focus on the structure, not the individual. Focus on the machine, not the interchangeable driver behind the wheel.

5). The Democratic Party is low-key tipping their hand with respect to the 2020 election. After all this time, the Democrats are just now calling for formal impeachment proceedings because Trump targeted the Establishment’s pick: Joe Biden. If Trump had made a call to get dirt on Warren or Sanders, this wouldn’t even be a conversation. Pelosi and all of the other centrists would approve of him doing that, because they don’t want the Party to move further to the Left! So these impeachment proceedings are largely an effort to protect the Democratic Party’s golden child – which tells us that they are planning to give Biden the nod.

6). As much as it hurts to admit: the Trump administration has accomplished A LOT of its neo-fascist agenda since 2017. Tell me – what substantial gains have the Democratic Party made since 2017?! From my vantage point, they have wasted a massive amount of time fantasizing about Russian interference – which obviously turned out to be a dead end. When they were not foaming at the mouth about Vladimir Putin, they were giving Trump the green-light on obscene military budgets and voting to fund ICE.

Announcing an impeachment inquiry against Trump – which is pretty much guaranteed to fail in the Senate – is the biggest thing the Democrats have accomplished since 2017. Let that marinate.

The Democrats have ceded ground to the Republicans for decades now. The Democratic Party’s attempt to impeach Trump is a last-minute ditch effort to answer the common question asked by voters: “what have you done for me lately?” It’s like watching the washed-up quarterback of a team that has lost every game this season throw a “hail mary” pass at the end of the 4th quarter … on 4th down with 95 yards to go

2 thoughts on “The Circus of #ImpeachTrump”